Any student of geography–or binge watcher of Netflix–knows who Carmen Sandiego is. The titular figure  of a broad empire of video games, television shows, board games and more, Sandiego is a fictional villainess known for her red coat, fedora, and matching sports car who alongside her band of V.I.L.E. henchfolk havs been stealing monuments, timelines, and even words for decades in a series of games meant to help students beef up their knowledge of the capitals or even their reading and mathematical skills.

Any student of the 2020 US presidential election could be forgiven though for not knowing who Tulsi Gabbard is. On paper, the four term Hawaii congresswoman, war-cautious combat veteran, and quasi-Millennial cuts an impressive figure. But as a presidential candidate she has been less impressive or at least less impressionable. Stuck at 1% in a three candidate race, she often finds herself losing in Democratic primary races to candidates who have long since withdrawn or has been overlooked completely by the national press who say that only two Democrats are still running. Why is it though that a candidate who qualified for some of the early debates and even won delegates (albeit just two so far from her native American Samoa) not seeing her prospects improve in such a thin field? 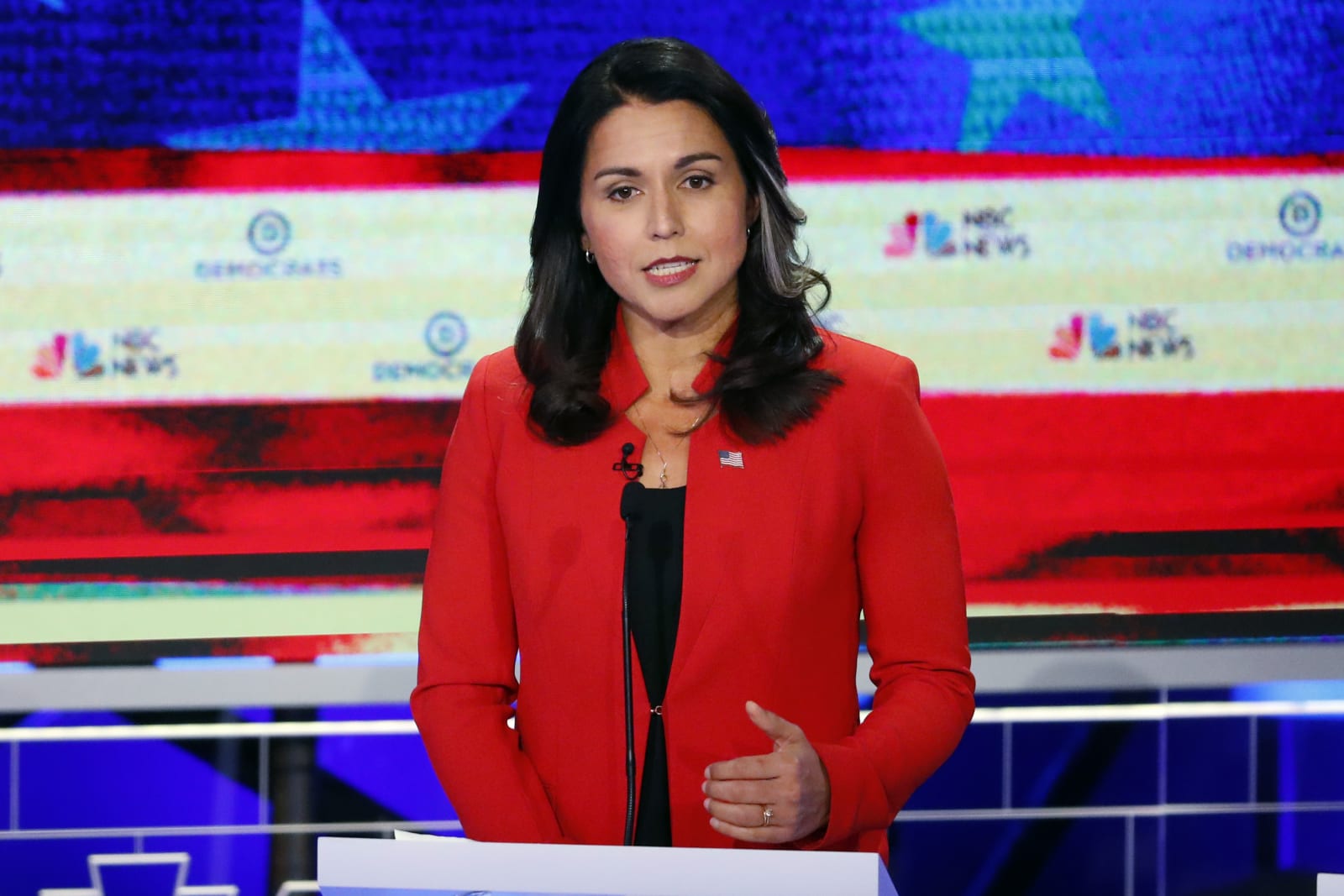 Tulsi Gabbard has proven as elusive (and controversial) as Carmen Sandiego in the 2020 Democratic Primary. Source: Engadget

Pundits have pointed to a number of reasons for Gabbard’s purported failures as a candidate. First there were her controversial opinions related to the Syrian Civil War, then there was anger over her tempered approach to President Trump including her decision to vote “present” during his impeachment trial, her past opposition to marriage equality could have been an issue although she did publicly apologize for her past anti-LGBT views and actions, but also concerns over her vicious and at time personal attacks of the Democratic establishment including former Secretary of of State and 2016 Democratic presidential nominee Hillary Clinton whom Gabbard described as representing the “rot” of the Democratic Party.

But aside from these and other issues, campaign decisions could also have played a role. For instance, she invoked some head scratching by deciding to campaign and hold events in Las Vegas after the Nevada caucuses had passed. What do people have to say about what Gabbard is doing and where she is doing it?

Social Studio can be very helpful to answer a question like this which might make for an interesting blog post or alternative work. To do this search in Social Studio, you could start by doing a full search for “Tulsi Gabbard” to see what people are saying in the past few days about the presidential candidate. After assessing what you find, you might experiment with some additional key words such as “location” to see if you get any tweets for instance asking about where Gabbard is campaigning. Like using Boolean logic in an academic search engine, you can be creative thinking about people might describe different topics in order to get the best results from Social Studio. If you haven’t tried it out lately, give it a go. The best part is that Social Studio can be accessed remotely so you don’t even have to come to the center during break or the campus embargo due to Coronavirus. Contact the center today for your access!

The flagship campus of the University of Tennessee System and partner in the Tennessee Transfer Pathway.